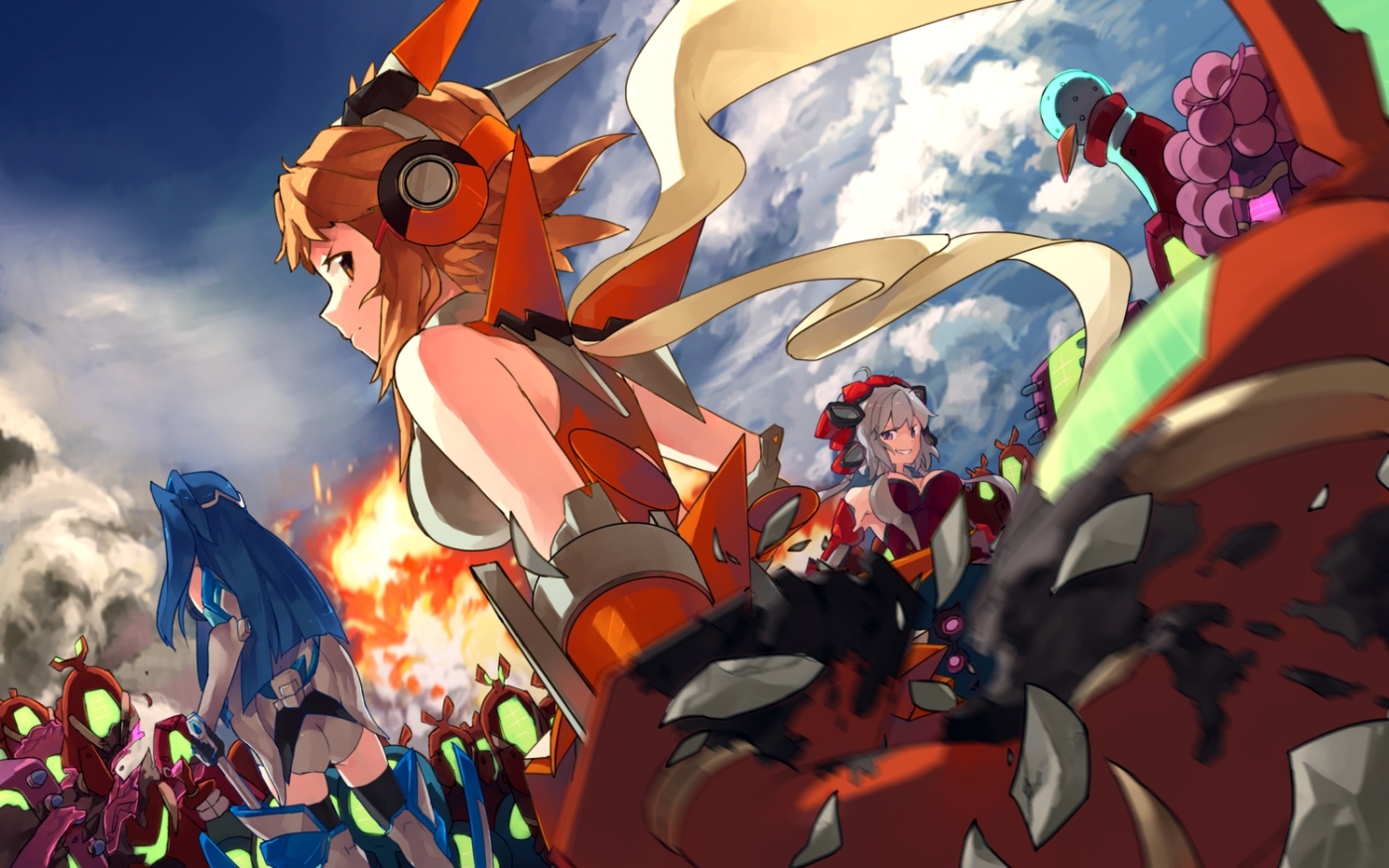 Welcome to part 1 out of 5 of my Symphogear review series. This post will cover the first season of Symphogear.

Symphogear is a magical girl action series that was released in 2012. It has gained five seasons over the course of the decade and all of the seasons were done by Studio Satelight, the same studio that gave us Macross Frontier, Bodicous Space Pirates and Noein. When the series first debuted it had mixed reception towards casuals and critics, however, as the years went by the series had gained a big positive reception towards casuals and critics. It also gained a big following over the years and some of the fans state that Symphogear is the anime underdog of 2010s era of anime.

Naturally, I decided to check out the series just to see what all that fuzz about as well as seeing if the series is as good as people it is.

If I had two words to describe Symphogear Season 1 it would be fun, and predictable.

Before I talk about the problems of Season 1 I will be going over the things that I liked about the season.

Right out the gate, I was amazing how the show presented itself. It does a great job of establishing its world and tone to the viewer. I liked how the first episode had the guts to hint the main character Hibiki in the season but it also how brutal this series would be. The Tsubasa and Kanade concert was a fun and a depressing sight to watch as it did a nice job of setting up character development for Hibiki and Tsubasa. I honestly tear up when Kanade died as she was a brave and cheerful person who supported Tsubasa. 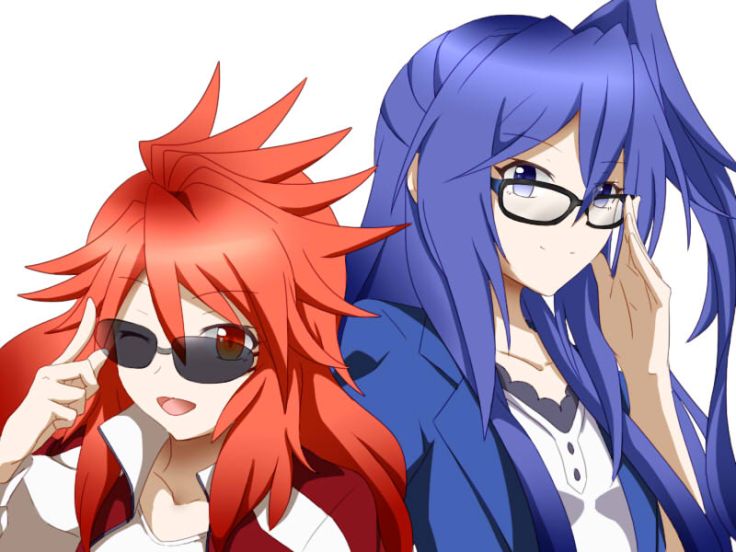 The music was top-notch. The music does an outstanding job at capturing the high energy of Symphogear with its rock and pop tracks that fit the anime. The insert songs were top-notch as not they were amazing songs in their own but they had a lot of substance to them.

Finally, the best thing to come out from season 1 is Chris Yukine. I absolutely adore her because not only she was a badass but she was a well written and compelling character. Seeing her developed and change over the season was fascinating to watch as she becomes a better person.

Sadly it’s time to talk about what didn’t work starting with the visuals.

I honestly don’t know what Studio Statelight was thinking in the winter anime season of 2011 but Symphogear Season 1 was frankly unpolished. The fight choreography ranges from mediocre to subpar. There were constant still frames in every episode, and characters often go off-model, especially in fight scenes and the camerawork feels cheap.

As much I love Tsubasa as a character to a point she became my favourite character in the series her debut season was very rough.

I found her to be kinda annoying in this season. I understand she lost her best friend in a tragedy is sad and all but she didn’t have to unleash her angst and frustration on Hibiki like that. She just came off as unpleasant for the majorly for the season even if her character development in this season was good

Another character I had a problem in season 1 is the main character Hibiki. She’s a textbook definition of a Mary Sue as well as an annoying brat in this . She might be worse than Tsubasa because least Tsubasa has a justifiable reason for being the way she. Sure I may not like her mean-spirited attitude but I could understand her. Not to mention she had brilliant character development from this season and onwards. Hibiki barely feel like a character in this season. 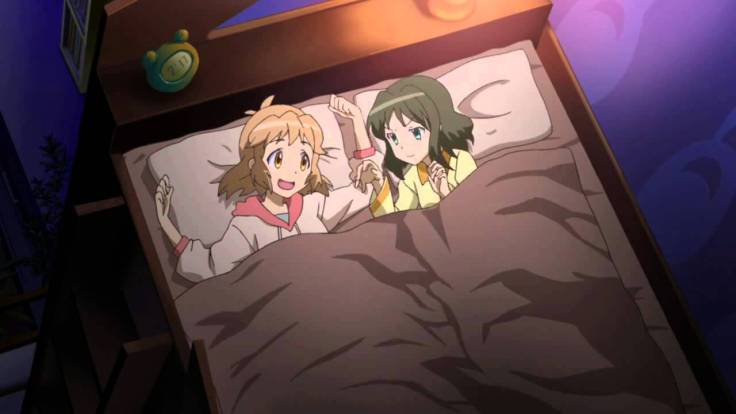 She’s more for the ride if anything and as a result, she was bland despite having good moments especially with her childhood friend Miku.

I remember when I said that the first episode does a great job at setting. Well, that great setup gets thrown out the window as the season from that point on devolves into a cookie-cutter shockly magical girl series. The Chris stuff may still be unique but everything else that this season has to offer has been done in other magical girl anime. It doesn’t try to take any risk, it’s way too safe for its own good and boringly predictable. Themes of moving on, sacrifice and friendship were not executed well due to the messy direction. The Noise as well Finé were one dimensional and the writing overall degraded as it progressed. 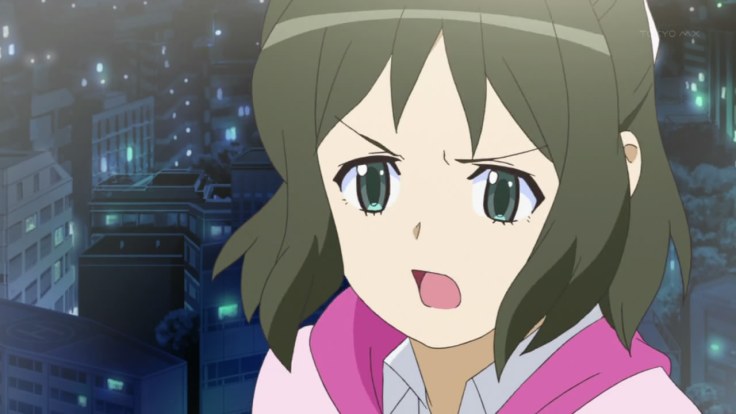 The worst thing about Symphogear Season 1 is the show is full of plot holes. Granted Symphogear as a whole has never its strongest aspect and each season is filled with holes but least the following seasons had brilliant character writing as well as excellent production values that overshadow the questionable writing. Symphogear Season 1 rarely does any of this and as a result of the season sadly became a slog to get through especially with the countless plot holes.

Season 1 when competent is very entertaining to watch that is filled with great moments. The pacing minus the first few episodes was well-paced and the season was shockingly fun despite its glaring flaws.

I feel the creators behind this season did the best. Even if the season ended up being mediocre I felt a sense of passion and determination from the people who worked on this season and I will believe they will learn from their mistakes and failures in future seasons of Symphogear,

Stay tuned for part 2 where I go over Symphogear G.

The season that made me love Symphogear.